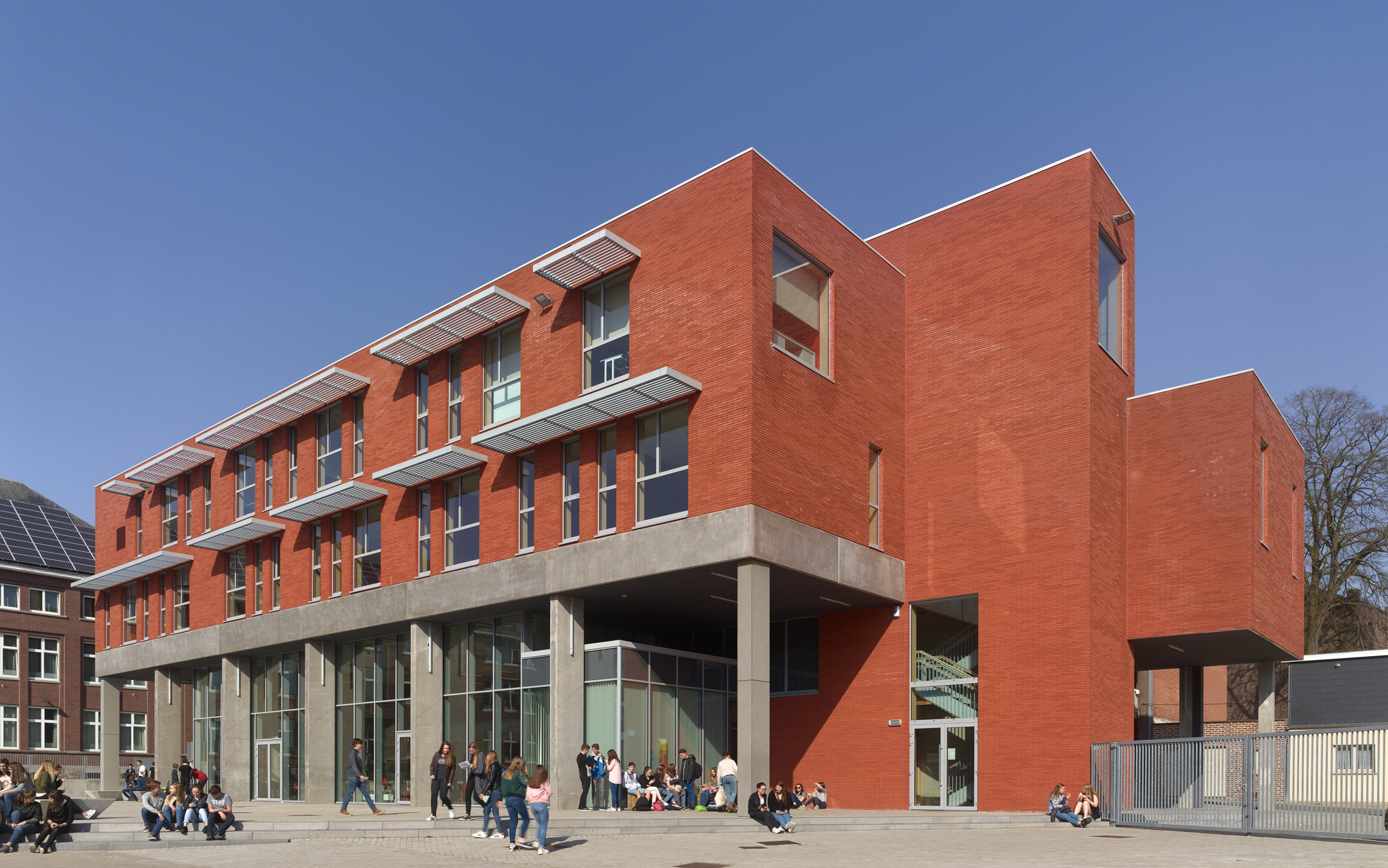 A Secondary school in Tongeren, Belgium won the 2018 Building of the Year in the International Category, at the Building and Architect of the Year Awards Ireland.

Perspective Ireland, in partnership with our partners Perspective Belgium, successfully delivered 4 schools projects in Belgium with cumulative floor area of 24,000sq.m, as part of the Scholen van Morgen (‘Schools of Tomorrow’) programme which is a public-private partnership between the Flemish government and AG Real Estate and BNP Paribas Fortis, in the form of a structure called DBFM Scholen van Morgen sa/nv. The programme covers the design, construction, financing and 30-year maintenance of 182 school building projects across Belgium.

Tongeren is a large school campus comprising a 3 storey classroom building, a technology centre and sports hall completed in 2017. The existing school comprised a collection of nineteenth and twentieth Century buildings set on a tight urban site forming a series of courtyards. The brief was to provide a total of 6,420sqm of new accommodation consisting of a teaching block of 2,080sqm on the east side of the main ‘front’ yard forming the third side to a courtyard which remains open to Truidersteenweg to the south. A second building of 3,240sqm was required on open ground to the rear of the school to accommodate technical engineering workshops and classrooms along with a 1,100sqm Sports Hall. A critical challenge set out in the brief was to design the Technology building. The town of Tongeren is built on the site of a large Roman town of which there are extensive remains visible above ground and significant archaeology below ground which had an impact on the design. The school site is directly inside the line of the Roman town wall. 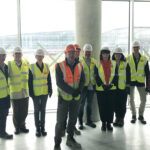 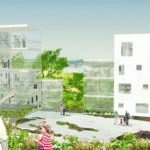