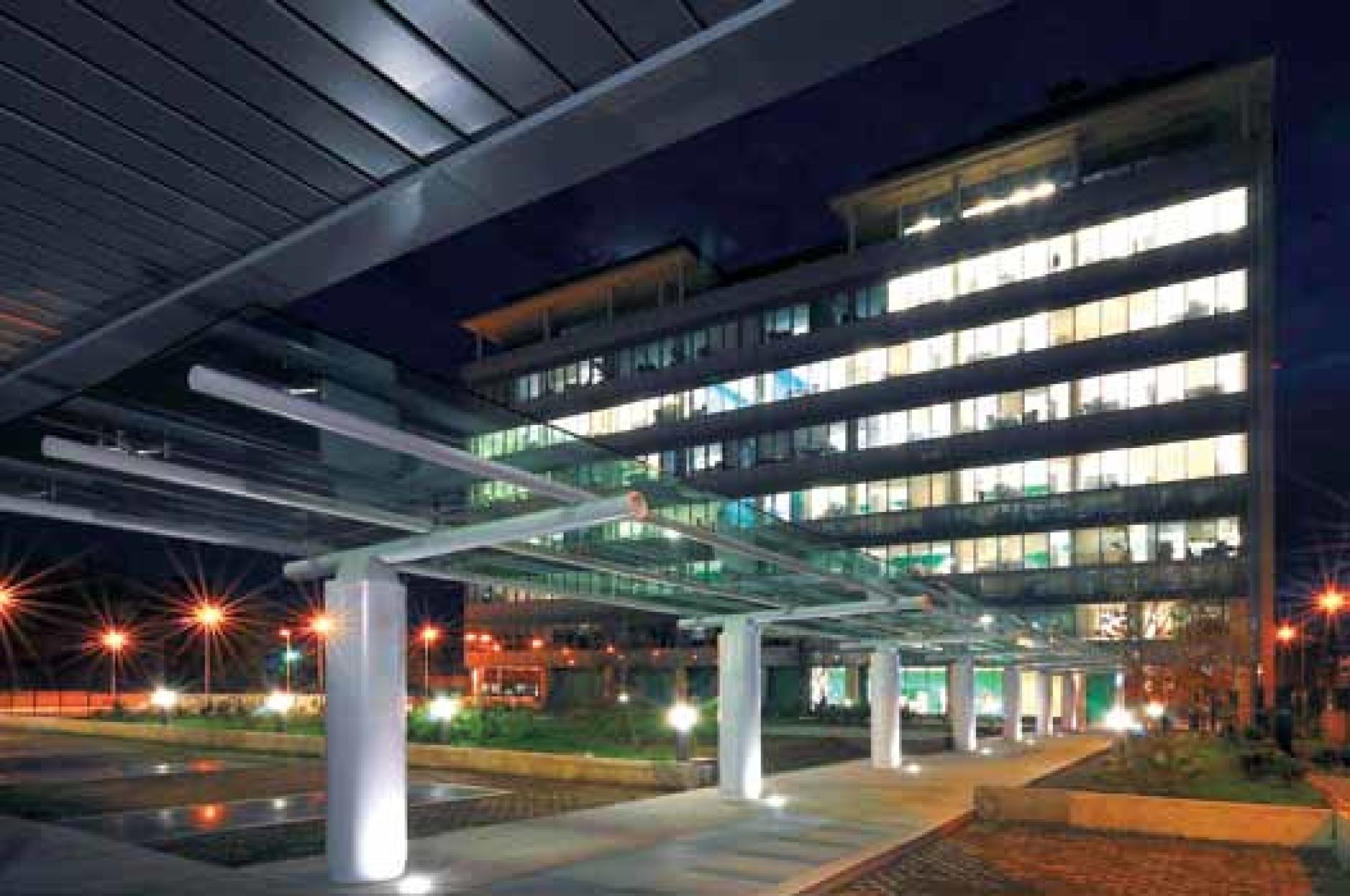 CONSOLIDATED MILAN HEADQUARTERS FOR MAJOR INTERNATIONAL BANK
When the French bank group BNP-Paribas acquired one of the most important and historical Italian banks, BNL Banca Nazionale del Lavoro, it faced two main challenges for the Milan headquarters: consolidate in one new location several offices spread out in downtown Milan and establish a new corporate image for the new spaces. The building choice fell on a twin buildings complex in the east Milanese suburbs, of 15,000sqm gross for 650 people, almost completed for the market in an anonymous lowtech modernist style.

PERSPECTIVE Milan transformed the two separated buildings into a real “campus”, linking the buildings with a large steel and glass canopy in order to facilitate the free-flow passage of people from one building to the other and creating a sort of common piazza for open air interaction during good weather. A sort of variant “national identity” has been introducedinto the two buildings using the colours of the French and Italian flags for the interior design implementation. The first floor of the “Italian building” has been transformed into a restaurantcafeteria facility for 250 people with the introduction of a new emergency stair.

NEW USE FOR CLASSIC CENTRAL MILAN BUILDING
The challenge with existing buildings is to revamp them in such a way as to be able to attract new tenants with an appealing new image in respect of the historical value of the construction.
PERSPECTIVE Milan worked on the requalification of this late 19th Century building located in the very heart of Milan city centre for Real Estate Fund. While external facades were cleaned up and windows simply renewed, the interior and the entrance were radically revised in order to bring it to the state of the art for typical requirements of a multinational corporate client (cat.A), including vertical distribution, MEP systems, finishes and lighting. The front entrance and lobby have been redesigned with the addition of a glass canopy and a transparent glazed front that introduces modernity, while making use of classical wood and stone finishes for the lobby style.

NEW CHAIN OF HOTELS RE-USING EXISTING BUILDINGS
PERSPECTIVE Milan is developing a proposal to give shape to the first of a series of new Low-Cost High-Design business Hotels.
The chain will be called “Allegro Italiano” and the first project will be close to Milano Linate airport. The brief from the client called for the reconversion of an existing building into an “Affordable Luxury Hotel” proposal with 105 rooms and suites, some usable as temporary daytime offices for business people visiting Milan. The building, a redundant former sport glasses factory, has been completely transformed keeping only the original regular building structure. The new skin will give a different day and night perception, and has been created by introducing to every two rooms an internally lit square glass panel in different colors. Each glass box, surrounded by a continuous glazed curtain wall, carries a different “hands gesture artwork” by the famous Italian artist and designer Bruno Munari, inspired by the “typical Italian custom of talking with their hands”. The Italian colours have also been used intensively for the interior of the entrance hall, rooms and suites. 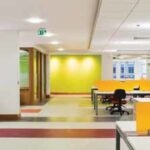 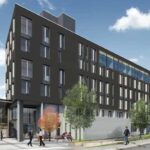